After selling 13000 chairs Prognett AS sent a questionnaire to 605 persons who had bought Backapp. The survey had 278 approved replies, (almost 50%). It left the following conclusions:

Where do you use Backapp?
Most of the users used Backapp in the office (more than 69%). 11% bought another Backapp to use at home.

Can you sit on Backapp the whole day?
39,6 % said that they choose Backapp all the time when they choose to sit. This proves that it is possible to use Backapp as the only chair in the office after a period of training. 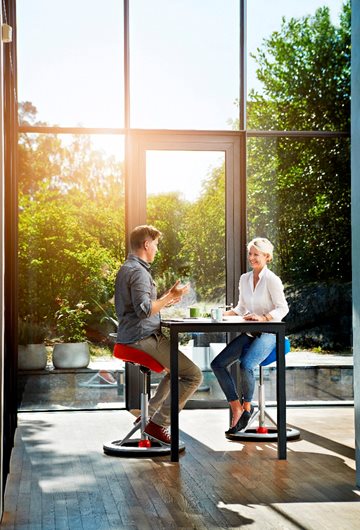