In the questionnaire, they were asked:
Which of the following do you feel almost weekly? 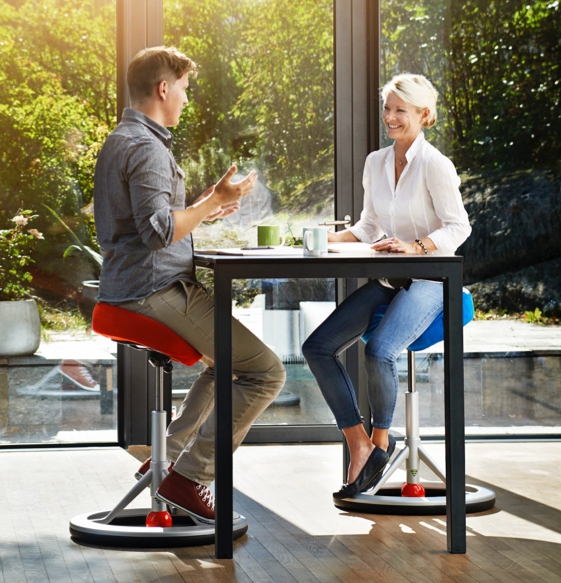 The positive effects on lower back pain was expected.

Of the 70 participants as many as 39 reported shoulder and neck pain/stiffness before the trial. After sitting on Backapp chair and standing on Backapp 360 for 6 months the number of people reporting shoulder and neck pain/stiffness was reduced to 24. And number of participants having headaches before or after work decreased from 18 to 10. Pains in the neck and shoulder area many times give headaches. That is experienced by most of us.

Of course, the number of participants having no pains in lower back and neck and no headaches increased. It almost doubled from 16 to 30 persons.

We have to study this more. More people had problems with shoulders and neck than in the lower back. Effects on headaches have not been studied in scientific studies. Sitting and standing on Backapp chair and Backapp 360 give better posture. In combination with the balancing (small movements) you exercise the back supporting muscles. Based on the results from the field trial, scientific studies should be conducted in order learn more about the effects!

Results from field trial; Which of the following do you feel almost weekly?