Specialists agree
98.1% of the specialists who responded to our survey say that patients with back problems would feel better by sitting on a Backapp. 97% say that it has a positive effect on the functioning of the lower back. Over 70% point out that Backapp affects the stabilizing muscles of the back (Transversus Abdominis and Multifidus), both of which have a major effect on the stability of the lumbar region.

Chiropractors, physiotherapists, occupational therapists and physicians from all across the Nordic region recommend Backapp for their patients
95.1% of specialists would recommend Backapp to their patients with back problems (348 of 364). The 18 persons who responded no, either had no patients, felt that the chair was too expensive, felt that the requirement for a height-adjustable table was too difficult or had opinions on the chair's design. 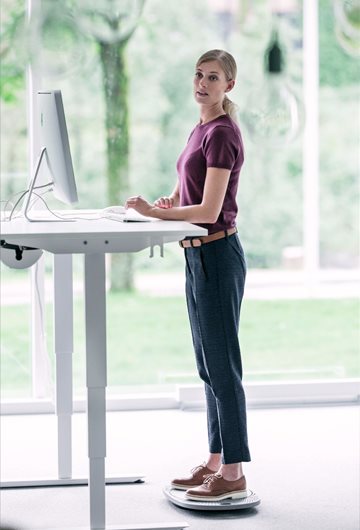